ALL YOU NEED TO KNOW ABOUT TURMERIC 30 September 2019 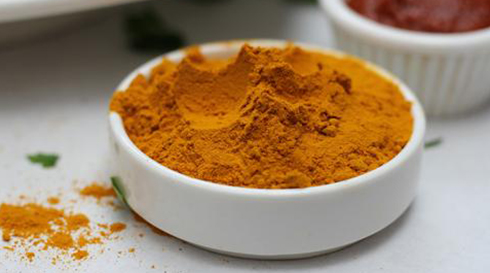 The use of turmeric dates back nearly 4000 years to the Vedic culture in India, where it was used as a spice and had some religious significance1. It then reached China, East Africa, West Africa and Jamaica by the 18th century1. Turmeric also has a long history for medicinal use in South Asia. In fact, it was recommended as part of an ointment that helped to relieve the effects of poisoned food1.

Where does Turmeric come from?

Turmeric is extracted from Curcuma longa, which is a plant that belongs to the Zingiberaceae ginger family that is native to South Asia1. There are 133 species of Curcuma worldwide. To thrive, Turmeric needs the temperature to be between 20-30 degrees Celsius with plenty of rainfall. They grow up to 1m in height and have long leaves.

Turmeric comes from rhizome which is tuberous and has rough and segmented skin. The rhizomes mature beneath the foliage in the ground and are yellowish brown with a dull orange interior. The rhizome of Turmeric is dried out and grounded into a yellow powder2.

How is Turmeric Used?

Turmeric can be used for a variety of purposes including cosmetics, medicine and foodstuff. In South Asian and Middle Eastern cooking, it is used as a spice and provides curries with the yellow colour and flavour1. Nearly all of the world’s turmeric crop is produced by India and they also consume 80% of it.

In the US, Turmeric is used for products such as mustard sauce, cereals, cheese, chips and butter3. Japan uses it for tea, Thailand for cosmetics, China as a colourant, Korea in their drinks and in Malaysia as an antiseptic3. Turmeric is also used for problems related to the stomach, skin or liver4.

An important component of turmeric is its oil. The oil is effective against respiratory tract disorders such as by relieving coughs and preventing asthma1.

Curcumin has received worldwide attention for its health benefits. Curcumin is an extract from Turmeric and provides the antioxidant and anti-inflammatory properties. Research has identified curcumin as assisting with the management of arthritis, anxiety and hyperlipidaemia3. It can also help with managing inflammation through exercise and muscle soreness, which can help with recovery and performance2. Additionally, a low dose of curcumin can provide health benefits to people who don’t actually have diagnosed health conditions4.

Turmeric has been around for many years yet has only recently been explored as a modern medicine. As seen above, Turmeric can be used for a variety of purposes and has multiple health benefits.