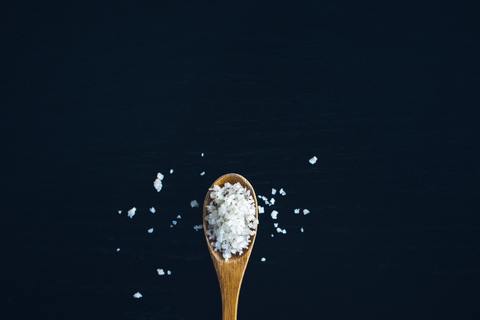 One of the misconceptions currently is that salt is the same as sodium and so the terms can be used interchangeably. This couldn’t be further from the truth. Sodium is just one of the components of salt. So there are two questions which arise – firstly, do we need to consume less sodium? And if so, what actions can we take to reduce sodium intake? What the Experts Say

Information can be found across a variety of sources on the amount of sodium we should be consuming each day.

The study Urinary sodium excretion, blood pressure, cardiovascular disease, and mortality: a community-level prospective epidemiological cohort study is an ongoing study in 21 countries. They discovered that the communities which consumed more than 5g of sodium a day were associated with cardiovascular disease and strokes2. Their recommendation for these communities was to reduce their sodium intake. However, a controversial aspect of this article was that they suggested no action needed to be taken if sodium consumption was less than 5g. As the WHO states, sodium consumption needs to be below 2g. The article was criticised by experts due the methodology used. They said that the “findings should be taken more than a few grains of salt” as observational studies cannot strongly conclude cause-and-effect3.

All these studies apply to Australia as it was identified that Australians were consuming 9g of salt each day, with men consuming more than females5. Australians are recommended to cut salt consumption down to 5g which equates to about 2g of sodium and aligns with the WHO recommendations5. Taking Action Now that we know we have to reduce our sodium intake, what can we do about it? The answer can first be achieved through World Salt Awareness Week which is fast approaching! It starts from the 4th of March 2019 and it’s a time for everyone to take action against sodium. There are many options for you to get involved before and during the week. Conveying the message of sodium and heart disease to your family and friends is an important way to get involved. We will be posting some statistics on sodium and heart disease throughout salt awareness week so make sure you follow our social media accounts (heartsaltau) and share these statistics!

You can also write to companies and ask them to reduce the amount of salt in food. Don’t be afraid to write to the government too and ask them for a strategy to reduce sodium. Further information about the actions that you can take can be viewed on the World Action on Salt & Health website by clicking here. We also need to mention Heart SALT here as it’s a salt option that many Australians need to consider. Heart SALT contains 56% less sodium than regular salt while maintaining the great salt taste, making it a suitable alternative to regular salt. Available for purchase online and at Coles supermarkets nationwide, Heart Salt is easily accessible so there’s no excuse to continue a high sodium diet. It’s time to become heart smart and prevent heart a-salt by switching to Heart SALT today.

A high sodium diet is a danger to your life as it can lead to heart disease. As we get closer to World Salt Awareness Week, make sure you get involved. When using social media, remember to use the hashtag #saltawarenessweek and tag @heartsaltau so that we can see your involvement. Let’s work together to make a healthier change because your heart matters tomorrow.